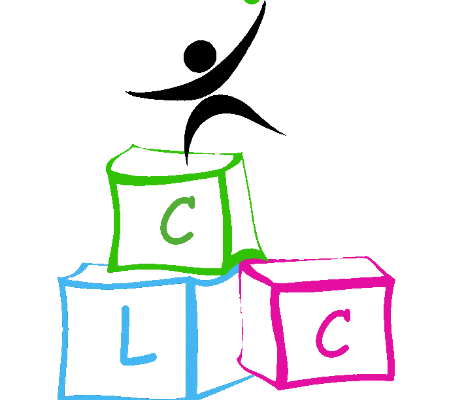 It used to be commonly accepted that the French Education system was one of the best in the world. Today, though any such a bold overall affirmation must be open to question, it is still true to say that the French education system is one of the more successful in the world, and that in certain fields it remains a world leader. According to the OECD, France’s education system is average, compared to other developed countries.
Education is compulsory in France from the ages of 6 to 16, but a large majority of children start school well before the minimum age, often as young as two years old, and over 50% of 18-21 year olds in France are still in full-time education, or else following a vocational training course. Some 64% of all school pupils in France complete their secondary education, and take the high-school leaving certificate examinations, known as the baccalauréat or the baccalauréat professionnel. The official target – estimated as necessary for the needs of the nation – is 80%.

The different types of school: (taken by age of pupils):

Kindergarten or pre-school. Ecoles Maternelles take pupils from age 2 to age 6, and prepare them for entry into primary school. The French école maternelle is more than just a playschool; the curriculum includes reading and writing, numeracy and even sometimes a foreign language, as well as artistic and creative activities. There are three classes, “les petits”, “les moyens” and “les grands”.

Prior to nursery schools, there are also a lot of private and public nurseries, called crèches. These daycare centers keep babies from 2 months to 3 years old, until they can attend the Ecole Maternelle. There ares everal types of crèches  (Crèches Collectives, Haltes-Garderies, Micro-Crèches, Crèches Parentales, etc.) providing different services (regular or temporary child care), size (from 10 to 60 children) and management (crèches Parentales require the parents to help).  There are more than 11,000 Crèches in France, but getting a slot can be hard, and mothers are advised to look for a slot as soon as they are pregnant. Other alternatives exist, Assitantes Maternelles can keep 3 or 4 babies at their home and are recognized by the French State.

Primary school, grade school. Five classes, ages 6 to 11. The primary school curriculum in France is similar to that in other countries, and includes literacy and numeracy, with classes in French, arithmetic, but also geography and history, the arts, and more and more frequently a foreign language, usually English. Until 2008, the school week was Monday to Saturday morning, with Wednesday free. From September 2008, there are no more classes on Saturday morning. Pupils have an average of 28 hours classes per week. The five classes in the Ecole Primaire are, in order, CP, CE1, CE2, CM1, and CM2 : CP is Cours préparatoire, preparatory class, CE means cours élémentaire – elementary class – , and CM is cours moyen, middle class; the two middle classes are a preparation for the next level, which is middle school.

Middle school. Four levels, normally for pupils aged 11 – 15. The “collège unique” is the backbone of the French school system. All pupils go to collège, usually at age 11, but sometimes at an older age, if they have been made to repeat a year in primary school. The collège is designed to provide all pupils with a fundamental secondary education, after which a certain degree of specialisation will be introduced. In practice, pupils are frequently oriented during their collège years either towards general classes, from which they will be expected to continue their education in a traditional lycée, or towards more technical classes, after which they will be expcted to take an exam called the “brevet” (a kind of GCSE), and then either stop their secondary education (if they have reached school leaving age), or continue in a “lycée professionnel” or vocational high school. The programme in collège includes French, maths, history, geography, technical education, art/music, physical education, civic education, some science, and at least one foreign language. The four classes, corresponding to grades 6 to 9, are called sixième, cinquième, quatrième and troisième.

High School. The traditional French lycée covers the last three years of secondary education. There are two main types of traditional lycée, the lycée général or lycée classique, and the lycée technique. In big towns and cities, there will be a mix of both types; in smaller towns, there may not be a lycée tehnique. The main function of the lycée is to prepare pupils to sit the baccalauréat (or bac) exam, the equivalent of British A levels. Classes in a traditional lycée cover the same range as in collège, with the addition of philosophy (for all) in the final year. The three classes (grades 10 to 12) are known as seconde, première and terminale.
In theory, all public lycées offer the same quality of education, in the framework of of the national education system, and private lycées have to provide the same quality; in practice, this is not strictly true, and “league tables” published each year highlight the very high performance levels of a number of lycées that are commonly recognised as France’s top shools: these include the Lycée Louis-le-Grand or Lycée Henri-IV in Paris, the Lycée Fermat in Toulouse, and a handful of other famous public lycées. However, in recent years, more and more of the top positions in the league tables have been taken by private lycées, such as the Collège Stanislas in Paris, France’s largest private lycée.
In 2010, the French lycée league table published by the Figaro newspaper had only 6 state lycées in the top twenty, while that published by the magazine l’Etudiant had only five state lycées among the top twenty, and the league table published by L’Internaute had eight public lycées as against 12 private schools in the top twenty. At secondary school (high school) level, about 20% of pupils are in private schools, against slightly less than 80% in public state school.  See below Public and private schools

Pupils in a lycée technique may begin to specialise in a fairly narow technical field, in addition to their general secondary studies. There are technical lycées specialising in fields such as microtechnologies or aeronautics. Technical lycées that provide training in very specialised fields are usually boarding schools, since they recruit pupils from a large catchment area, and even on occasions from all over France.

Vocational high school. “Lycées Pros”, as they are commonly known, provide an essentially non-academic syllabus for young people intending to work in manual or clerical jobs. Pupils will either work towards a “baccalauréat professionnel” (bac pro), for which they will need to continue taking classes in the main acaemic subjects – French, maths, and frequently a foreign language), a BEP (Brevet d’enseignement professionnel), or a CAP (certificat d’aptitude professionnel). One common type of Lycée pro, found in most cities, is the “lycée du bâtiment” or building trades lycée, where pupils specialise in one of the many trades of the building and construction sector. There are also a good number of agricultural high schools, “lycées agricoles” and even horticultural high schools, “lycées horticoles”, providing the increasingly technical ducation required by tomorrow’s farmers and