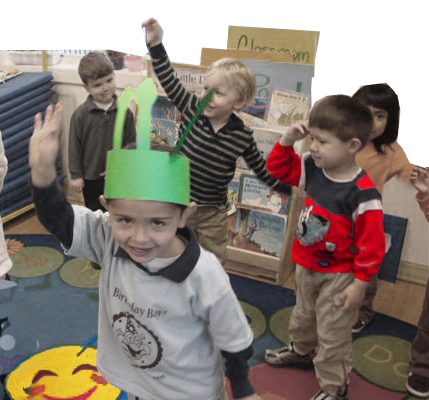 One of the main purposes of school education-especially at infant and primary schools- is the child’ s socialization, its passing from the world of “me” to the world of “us” , from the protective family arms to a wider circle of interpersonal relationships, governed by rules and principles. The emotional climate of this journey is critical not only for the child’ s school progress but also for the building of its personality.

As it is commonly known-and confirmed by the experts-a child who passes the school doorstep for the first time suffers some kind of shock. The effect of this shock (intensity, duration, consequences) depends on a number of factors, wholesale divided in two groups.

The first group of factors is related to the child’ s background (character, previous experience, the type of family and community he lives in, the socio-educational level of the parents etc);

The other one includes all the  assumptions concerning the school itself (environment, the emotional climate in the classroom, the teacher’ s personality etc ). For a child, however,  to enter the school community is considered a major change, possibly the greatest challenge ever faced in its life.

Especially for children who live in big cities, who grow up in apartments and are used to play on their own, the change is enormous. For the first time they realize that they are not “the  centre of the world”, that their needs may be in conflict with other people’ s needs, that  they have obligations besides rights and that they now have to claim and earn things they used to take for granted, such as attention, admiration, praise and love. And all this in a new , unknown environment , with specific rules of functioning, with strict timetable, with demands of progress. They are expected not only to adjust in this new condition, but also to conquer knowledge and abilities, “to learn”.

The creative learning practices are meant to facilitate children’ s adjustment in the school environment and to encourage their socialization in general.

Children, as we all know, are much more willing to learn and respect rules in a game context rather than in a “serious” circumstance. When the kids play, they are usually honest, fair and disciplined. The group itself sees to bring back “in order” the cheating “delinquent”!

The interaction within a play context, with rules and goals, impels children to adopt various roles(leading or supporting ones) and to enlarge their perception of reality. The self-centred thinking subsides along with selfish behavior, giving space to tolerance and sociability. The mutual goals, as well as the mutual difficulties faced during the process, reduce competition and promote cooperation and companionship.

The teacher co-ordinates the “game”, guiding it tactfully towards the learning goal. He/she intervenes whenever necessary to offer outlets and motives and to ensure the coherence of the team. His/her calm, friendly and stable behavior forms the adequate emotional  frame and serves as a model for the little ones.

In modern society, school is expected to respond not only at its traditional role but also at needs and demands covered in former times by family and neighbourhood. Children ,nowdays, have neither enough time nor space to play with each other, and this deficiency affects their mental health and their social adjustment. Modern school should cover this need introducing play into the classroom, in combination with the curriculum’ s purposes.